You probably think the lifestyle of a Fantasy Book Blogger is nothing but charactonym* wishes and calligraphy** dreams. But I am here to tell you that no matter what you may have heard, Goblin Leach has never Visited my cave for a spot of Tea.

*a name given to a literary character that is descriptive of a quality or trait of the character.

**fancy penmanship, especially highly decorative handwriting, as with a great many flourishes:

In point of fact the only thing we get (other than enjoyment obviously) would be the Occasional free book that we accept in exchange for an Honest review. I am all for free stuff, who isn’t? But my TBR pile is a mile high and I get a lot of review requests. So many in fact that I had to add 2 notices to my Contact page, and they are as follows.

I am kind of open to review requests at this time.

WTF does that mean?

Well If your book is a Fantasy book or has strong “Fantasy” elements in it, feel free to ask. If your book is Sci-Fi you can ask but I probably won’t take it. If your book is an Old Adult Paranormal Romance Mystery Biography about a CIA agent trying to save the world from an unknown threat. The threat is unknown because he forgot it when he got Amnesia experimenting with BDSM for the first time. Will he remember that he was the villain in the first place, before time runs out? Or will he forget about the rest of the world and run away with the only person he can remember. And the real reason he was going to destroy the world…..  The love of his life and his greatest shame, His best friend’s wife and secret gun runner/ Sparkly Vampire/ Were-platypus Margret Thatcher!!  Will they find happiness or will the world be destroyed? Can he find love in the form of a Sparkly gun running platypus and live happily ever after?  Read and Find out!!!!!

If that is your book or if it has any of those elements please don’t ask. You still can, and I know you will.

If Someone actually writes that book I still won’t read it but I want my cut of the Billions it will make.

I wrote that to dissuade people from trying to give me books I would say no to. It doesn’t work really, but it does point out people with a good sense of humor. In a way, I guess it is kind of like a test.  A test that Nick Sullivan passed with flying colors by sending me the following e-mail.

“I’ve got a book that is completely devoid of fantasy elements… though I do love fantasy and as an audiobook narrator I’ve recorded Goodkind, Weber, Kurtz, and Lackey. Why dare I darken your digital door? Because you clearly enjoy humor, judging by your own writing (and the fantastic blog name). So, if you feel like taking a little side trip into the woods of Idaho, please consider “Zombie Bigfoot”. It hit #1 in Horror Comedy on Amazon (for about three days) and has sci-fi, adventure, and action elements as well as the horror (and horror spoofery).”

For one thing, he actually read the notices and had a look at the blog.  Plus, I am a sucker for stupid comedy. You probably already knew that. (Goblin Leach that’s fucking golden) And it was available as an audiobook so I said yes. I am one smart goblin because it truly is a good book. The audio was done by the author, who I have heard before doing a few other books. He did a fantastic job. Really bringing the characters to life. Well until they died but more about that in a minute.

Now lets talk about the people the story is about. First we have the billionaire owner of everything from a record label to a space airline. He is  named Cameron Carson.  After his first space ship crew get stuck heading towards the sun he needs to do something to fix his image. What better way than to capture a live Bigfoot!  Right? I kind of picture him looking like this. 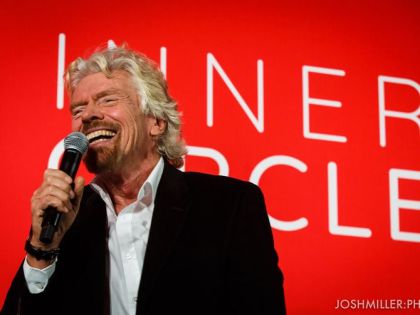 Well He got a hold of primatologist Dr. Sarah Bishop. Her father had been hurt on a camping trip and was rescued by a Bigfoot. When he gets home and tells his story some people go out to the area and never find anything. He becomes obsessed with Bigfoot. After losing his job and all his friends thinking he was crazy he killed himself leaving his journal of everything that had happened with the friendly fuzzy with big feet. No it’s not what you are thinking , you sicko.

Dr. Bishop knows they will need a guide so they hire Less … I mean Russ. I pictured him looking like this.

He has been doing a survival show for the last few years. Going out by himself hauling all his camera gear and then some guy that drinks his own piss comes on TV and starts stealing his ratings. In a effort to revitalize his show he agrees to be the guide. So those 3 along with a bunch of others hired by Carson set out looking for Bigfoot.

But when they get to the forest they find this Bigfoot. 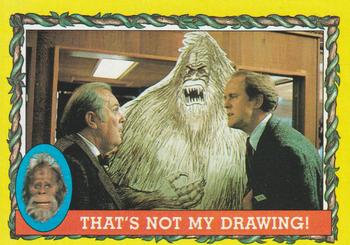 I was pleasantly surprised with how much I enjoyed this Audiobook. The real surprise was the reading of the Journal. That part was especially well written. There are some pretty gory parts, so beware of that.  but all in all a really good way to pass 7 hours and 55 minutes. I give Zombie Bigfoot by Nick Sullivan 4 out of 5 stars.