I haven’t done a A.T.L.A.S. Adding to Large Ass Stack  post in a while So here goes..

1.First up is an ARC of Revenant Winds by Mitchel Hogan. I really enjoyed his Sorcery Ascendant Sequence    So, I have high hopes for this one. Mitchell told me it will be on sale September 7th with a simultaneous release on Audible.

2. I was one of the winners (Yay Me!) of the full Jesse Teller Library I talked about in my Interview with him last month. So even though I have read one and had another that’s still 2 new books for me! Thanks Jesse and Rebekah for Mestlven, and Legends of Perilisc

3.      An ebook of The Holtur Enigma first book in a trilogy by Cameron Wayne Smith that you can get free right now. And not just for KU subscribers EVERYONE can get this book free right now at this link https://www.amazon.com/dp/B0727NY35T/

4. Blades of the Fallen by Ross Harrison, releasing on August 1st. It is the third book in a series, but he told me it is more of a connected universe than a series, the books all stand alone. So, I said I would have a look.

5. Another ARC this one called Broken Wizards by Jeffrey Bardwell. This actually looks really cool. It is Steampunk and magic at war.

6. Mistress of Crystals: Chronicles of the Second War of the Gods
by Justyna Plichta-Jendzio This one might be good if the Polish to English translation was done as well as the Witcher books.

Now we are getting to the books that you, my wonderful reader, might win a signed copy of. I will be doing a series of interviews and giveaways for some of the authors in the #SPFBO contest run by the one and only Mark Lawrence. Here are the first 3 that I have but more will be coming soon. Also I have been working on making a body for Bob, so he can help out more. Do me a favor and tell him how good he is looking in the comments. (and for gods sake don’t mention Shakespeare in any way!)

7.  The Thirteen Treasures of Britain (Merlin’s Last Magic, #1)
by Jennifer M. Baldwin She sent me a copy as well as one for the giveaway so Thank you again! 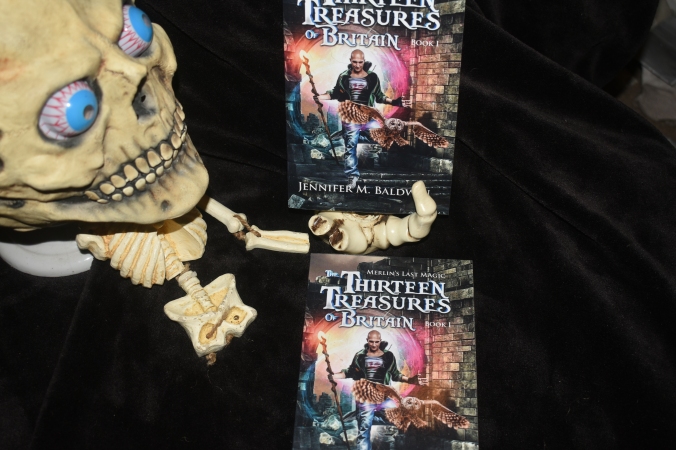 He still only has one hand but he is trying.

8. A Threat of Shadows (The Keeper Chronicles #1)
by J.A. Andrews 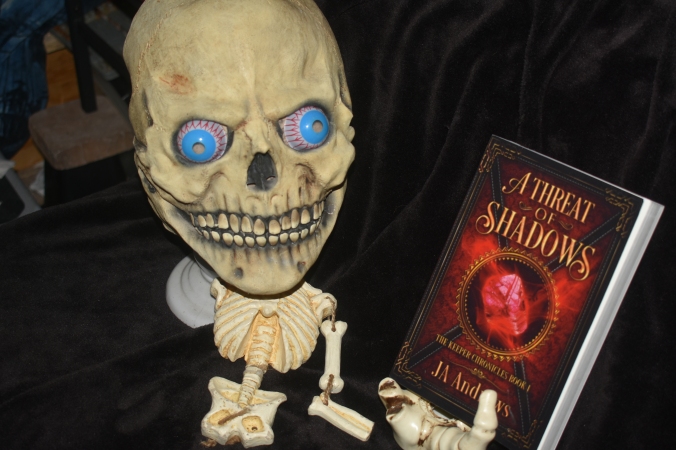 9.And Last but not least A Star-Reckoner’s Lot (A Star-Reckoner’s Legacy, #1)
by Darrell Drake I have heard some really good things about this one, and with the goblin quotes he wrote I think I might just have to keep this copy and order another one for the giveaway. The author also asked me if I have ever played a game called Styx, a stealth game where you are a goblin. I had not heard of it but have now put in about 20 hours so… Curse you Darrell Drake!!! And thanks man I love the game. 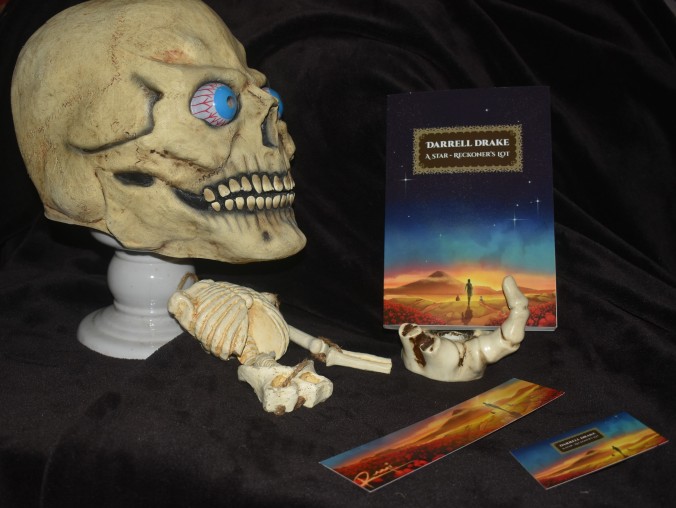