The Legion of Flame (The Draconis Memoria #2) Kindle Edition

Empires clash and a fell power stakes its claim in the second in a new series from the New York Times bestselling author of the Raven’s Shadow Trilogy.

For centuries, the vast Ironship Trading Syndicate relied on drake blood—and the extraordinary powers it confers to those known as the Blood-blessed—to fuel and protect its empire. But now, a fearsome power has arisen—a drake so mighty that the world will tremble before it.

Rogue Blood-blessed Claydon Torcreek, Syndicate agent Lizanne Lethridge, and ironship captain Corrick Hilemore embark upon perilous quests to chase down clues that offer faint hopes of salvation. As the world burns around them, and the fires of revolution are ignited, these few are the last hope for the empire and for all of civilization

I received a copy of this book from Netgalley and the wonderful folks at Berkley Publishing Group in exchange for an honest review. This in no way influences what I say. As always, my opinions, while completely awesome, are also completely my own.

This was a nice big book weighing in at 576 pages according to amazon. I will have to take their word for it. I had it on the kindle so can’t double check. The reason I have doubts is I finished the whole book within 60 hours of getting the email from Netgalley saying I was approved. But you know what they say, Time flies like an Airship with rocket boosters when you are reading a Steampunk book with Dragons. What? I am sure someone has said that before.

This is book 2 in the series there is also a short novella out that I have not read but it is on my kindle so I should probably do that. It is called Sandrunners: A Draconis Memoria Short Story and you can pick that up for $0.99 here

As it is the second book there might be some slight spoilers, but I shall endeavor not to spoil anything directly. I give warning just in case. Now that is out of the way on to the review!

The story is told through multiple POVs, but there are 3 main eyes we see out of.  Claydon Torcreek the unregistered Blood Blessed. He is a member of the Longrifle independent contractor company. Lizanne Lethridge  Blood Blessed Full Shareholder and covert Spy/Assassin for the Ironship Trading Company.  Corrick Hilemore Captain of the Blood-Burner ship IPV  Viable Opportunity. Well if you haven’t read the first book you are probably thinking 2 things right now, First “I didn’t know this was a vampire book”. Second, “Vampires are OK I guess, as long as they don’t sparkle. but a Vampire ship is going too far”. Well let me put those worries to rest by saying, don’t be an idiot this is Anthony Ryan! There are no vampires sparkly or otherwise.

This is a world just about hitting it’s peek of the industrial age. It also has Dragons. The Dragons come in 4 flavors, Cherry red, Sour Green Apple, Blue Raspberry, and Black Licorice. Well OK those are the colors but they are not flavored. Blood Blessed are able to drink the blood to gain magic powers. (Think Alomancy from Mistborn with blood) Black gives the ability of Telekinesis (Everything wants to get away from Black Licorice) Red gives Pyrokinesis (Also known as Throwing Fucking FireBalls) If used on a Blood Burner ship engine it is like a steam boat warp drive.   Blue gives a limited but instantaneous ability to communicate between Blood Blessed that know each other anywhere in the world. Any of those three types of blood will hurt or kill a normal person if they touch it. Green is the odd one out in that respect. It can be used to heal anyone. But if used by a Blood Blessed it gives them super speed, strength, agility, and Dancing moves….. Just checking to see if you are still there.

Blood is called Product by the corporations and is the source of their wealth and power. (using another mistborn analogy product is like Atium.)  Only a few can use it but everyone wants it, even Bob.

The problem in book one is that dragons are becoming an endangered species. The main problem in book 2 is that we know they are not endangered but fighting back. Under the leadership of the White “Mystery Flavor” Dragon they have formed a

Now let’s get back to the 3 main POV characters. Lizanne is sent to the empire (Like Pre-soviet Russia) still looking for the Mad-Inventor. Her storyline gets way strange and convoluted, but eventually ended up making a lot of the plot move forward.  Claydon and Corrick are together for most of the book but do split up in two groups for a bit. Claydon’s  group goes on a journey to the center of the earth ride set up by the ancients. His was by far was my favorite plot line and many answers are found.  Finally we have  Corrick. Alas, poor Corrick! I knew him, Horatio; a fellow of infinite jest, of most excellent fancy; he hath borne me on his back a thousand times; and now, how abhorred in my imagination it is! 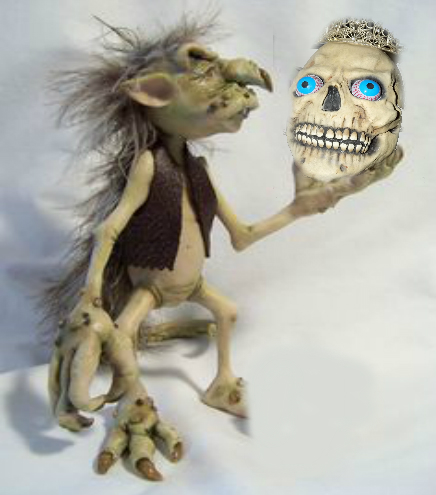 Wow this is getting to be a long review for me. So, let’s get to the Final Thoughts.

I loved this book and the series so far. A few parts seamed unnecessarily long (like this review) but still enjoyable. (hopefully like this review) Legions of Flame really is a page turner and had me up late 2 nights in a row. This is a world rich in history that is finally starting to be revealed. I could have wished for a bit more detailed information on a few things and a bit less detail on others. That, and I saw the end of Claydon’s plot line coming from the first 1/3 of the book are my only slight complaints. And the complaints are slight, I wouldn’t have noticed anything to complain about if I had not been reading with a critic’s eye. All in all, a great read. I give The Legion of Flame 4.75 stars out of 5

This book won’t be available until July 6th but can be preordered from the links below.