Red Sister (Book of the Ancestor)

Wow where to start? I am kinda at a loss for words. That might be because it is 7:15 am and I was reading for the last 6 hours straight and I am exhausted. But I think it’s more likely that my brain just can’t contain all of the awesome that I read in that 6 hour stretch.

Well I guess I will start like I always do with the Tactile and visual parts of the review.  I love the cover It is a great visual description of the book without giving anything away. Plus it’s just some damn good art. It could have been improved a bit, but I went a head and fixed it. 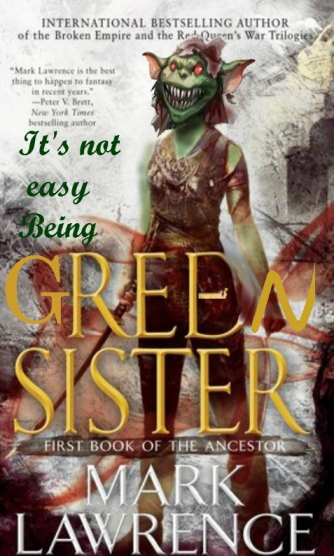 There were 5 or 6 Grammatical things I noticed. But all small things like bought her hand down instead of brought and in in instead of it in. I did have an ARC not the Final version of the book. I am just mentioning it so that in the unlikely event they haven’t been fixed already they will be before its published, I am not taking any points off.

“I have been too young to know, and I have been too old to care. It’s in that oh so narrow slice between that memories are made. So enjoy it.” – Sister Pan

I love Marks writing because on a almost subconscious level there is a meter or tempo to it. It’s not like a rhyming poem or anything, and it’s really hard to put a finger on what “it” is. I think “it” is the sentence structure its self. He writes like a great Orator speaks. The cadence of the words pulling you in to his stories  almost hypnotically. It has taken me reading 7 books by Mr. Lawrence to actually come to that conclusion.  I am probably wrong and its just a compulsion spell.. And while I am not accusing him of witchcraft or sorcery, per se. His prose has definitely cast its spell on me.

You would not believe the amount of times that I have read a series by an author then read their new series, and it felt like…. well like the same books almost. At the very least, many authors fall in to old speech patterns using new mouths.  I have actually thought about this way too much in the past, and I came up with an explanation for it. The characters from the old books are in the FBI’s (Fictional Body Importation) Protagonist Protection Program.  (Rolls right off the tongue doesn’t it?) Their names have been changed for their own safety and they have been moved to a new world to start over. But just like Steve Martin in My Blue Heaven they soon get up to their old tricks again. 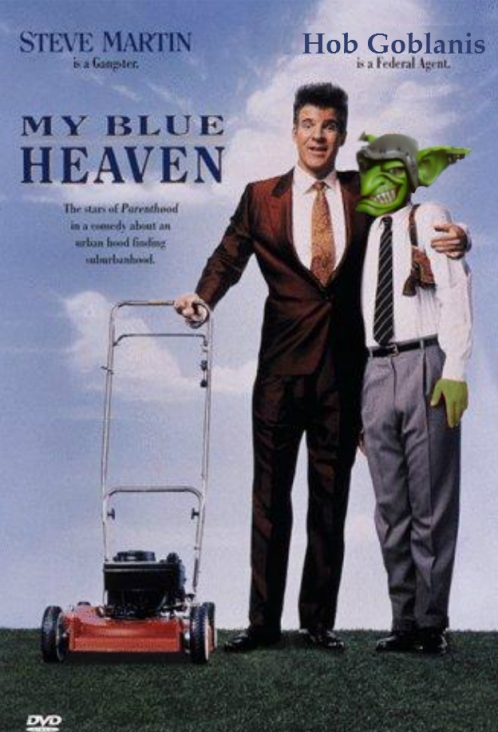 In Mark’s first two trilogies he managed to make the protagonists so completely different from each other I was amazed. And Yes he did it again with Red Sister. I know I know, the protagonist in this book starts out as a 7 or 8 year old girl and yes it takes place on a completely different world. So it sounds like it would be easy to make them unique. But even the Narrative flow in Red Sister was different from the Broken Empire books. While still having the Orator’s Tempo I talked about before. It really did amaze me.

“But be warned, young Nona: a book is as dangerous as any journey you might take. The person who closes the back cover may not be the one that opened the front one.” – Sister Kettle

Ok Like I just mentioned, Red Sister takes place on a completely new world. New to us that is. Its actually so old it is dying, really in fact it is the Sun that is dying. Causing the slow formation of a Ice Planet like Hoth from  StarWars. The only glacier free area of the planet is a 50 mile wide strip that goes all the way around the planet. I Picture it just like Beggar’s Canyon back home.  Only wider obviously.

And the only Reason that 50 miles is still open is because of a moon…… “That’s no moon kid” That’s a focus lens! Every night it gathers the light from the dying sun focusing it in to a single beam that sweeps over the area with enough heat to keep the glacier from closing in on them. If that’s not bad enough, the “moon” is in a decaying orbit and will soon return to the planet and then the ice will close on the people like a giant trash compactor.. “C-3PO come in C-3PO where are you C-3PO OH where could he be?” Sorry can you tell I went and saw Rogue One again today?

It is not only a great story, but beautifully written as well. I loved the ending but at the same time I wish I hadn’t gotten to it yet. It was by no means a small book but I read it in three sittings, and that only made me want more.

Mark Lawrence has been the author of my choices for book of the year for the last 2 years in a row. Red Sister was the first book I finished this year but it is possible he might get my vote a third time. Red Sister gets a Outstanding recommendation from this goblin with 5 stars out of 5 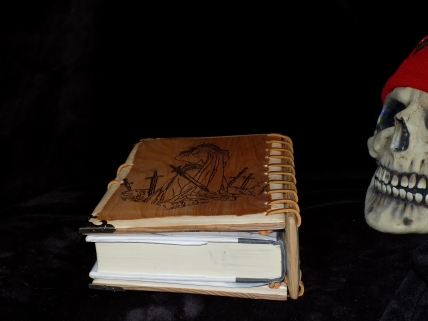 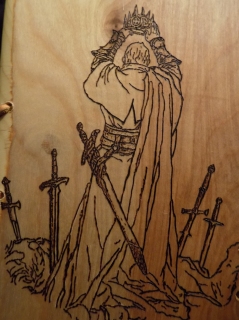 Second Book of the Ancestor

Leave a Reply to The Hobblogin Cancel reply